My eldest son moved out!

My thought process was that I would be fine, because, well, he was already gone for 5 years during his University days. I got used to his absence.  Then, like most do, they come back.  Nasty beer fridge, two gecko tanks and a big sack of laundry.

That’s the joke. When they leave for school, oh the tears, the sadness, the worry ~ but as some of my friends that have already gone through this process reminded me, “Don’t worry Les, he will be back…”  Well, sure enough he was back, and I had mixed feelings.

You get used to a smallerish family and year after year, it seemed like the new normal.  Strange as it sounds, having a family of 5 is busy and when they invite buddies over, it can get crazy.  Setting the table with so many forks, meant a lot of good conversation, but once he left, it was calm, quiet and peaceful.

Once he was done his studies, he moved back into the newly renovated basement and spent a year enjoying a pretty good lifestyle.  When he left for school, he was still sharing a room with his middle brother, in twin beds, so this was a huge upgrade for him.

I can still hear them talking to each other from the time they were small. Stories of how PlayDoh was the best invention ever, to who would have the better nerf gun battle “tomorrow.” As they grew, so did the conversation. Girl talk, silly party stories, followed by lots of laughter.

Since graduating, he landed himself a great gig, and was socking away the money with some rent money coming our way!  Teachings of Life Lesson 101.

He is an adult, so I tried to give him his space.  I would however, still prepare some of his meals, because it’s what we do as mom’s, right?  I’m sure I won’t get any arguments there.  I wanted him to know he is still part of our family unit.

I also tried not to rag at him too much about keeping his space clean, and at the same time, wanted to remind him he is not just RENTING a room on our street.  Well, he had issue with this. “But Mom, I AM paying rent.” Humph, he was right!!

My husband and I have had many discussions surrounding when we kick the boys to the curb post studies, or do we let them stay, build up some equity, and let them decide when they want to leave.

Times are tough, I say, but I was reminded that “he is no longer a child, that he has to spread his wings and figure out his own “hizzle.   “We have done all the teaching we can, and it’s now his turn to figure life out.”  Ok, Ok, you win! (Voice of reason… I hate when he’s right)!

But, then one day he broke the news ~ he was just ready to go.  We never even got the chance to have the “It’s time Son, to spread your wings” chat. This was his decision, not ours, and I get it.  He expected tears, but all I could do was smile at the man he had become and admired him for taking that leap.

When he started house hunting, I wanted to help, but was told in the nicest of ways that he was fine, and could handle on his own.

Ok, again, I get it. He was so excited, and I’m all “Hey, I made you a nice pot roast for dinner.”   I felt a slight tug on my heart strings…

I was reminded by a co-worker that I will be sad when he goes and there will be a void.  Initially I said, no way.  I told her I could hardly wait to steam clean his room, and turn it back into a beautiful guest room, with show towels, and the best linens!  But, who am I kidding.  We all know the real truth here.

Well, it was huge. He is now gone for good, and I think I am ok with this. There is no coming back. (according to the voice of reason=, again) …

During one of our dinners, he asked me how much a grocery bill can be for one month.

I just smiled and told him, it’s really all about the number of forks at the table. He returned the smile, and I think at that moment, he truly understood what we were saying about life, conversation, and moving on.

all who love you

This site uses Akismet to reduce spam. Learn how your comment data is processed. 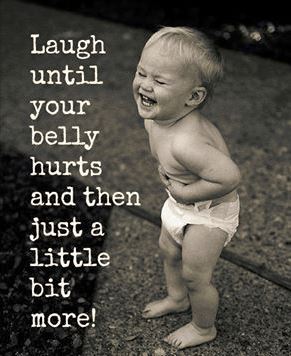